Avaristo Garcia is a great example of God’s Grace and the beauty of redemption. He leads Darkness 2 Light prison ministry and he and his wife Anjelica are also interim pastors at the church where he was saved. Rick Caywood Ministries is blessed to help support them in their endeavors.

Avaristo had a rough start in life: his parents were drug dealers and he lived on the streets from the age of 8, was adopted at the age of 12, but was returned when he burglarized a home during a weekend visit to his birth mom. “The system raised me,” he says. He turned to a life of crime at a young age. It is hard to believe that this gentle, soft-spoken man was a high-ranking leader in a prison gang, who spent more than 19 years in and out of prison.

Anjelica and Avaristo grew up on the same street and started dating as teenagers. Anjelica had prayed without ceasing for Avaristo. Finally, after eight years, he agreed to go to church with her. He was saved that very day!

The next day, he saw his surroundings in such vivid colors. The grass was the most vivid green he had ever seen and the sky was an intense blue. He didn’t know what was going on. “I prayed to God and said, ‘Lord, what is happening?’ God spoke to me and said, ‘My son, all your life you have been in darkness. Now that you have come to my Son, you came into light.’” God also spoke the words “prison ministry” to Avaristo. The name of the ministry, Darkness 2 Light, came naturally because of what God had spoken to him.

Since 2007 Avaristo has traveled across Texas ministering to men and women in prison. Darkness 2 Light holds more than 100 services a year in prisons and phenomenal numbers of people have been saved. Avaristo never had formal training; his gift of preaching is through the Holy Spirit.

This site uses Akismet to reduce spam. Learn how your comment data is processed. 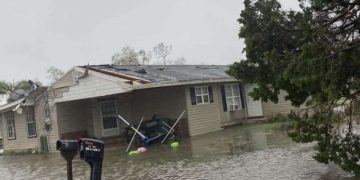